Please purchase credit card payment from here. You can pay by credit card without Paypal registration.

Aero effect of 12.4 watts in wind tunnel test, aero that you can experience 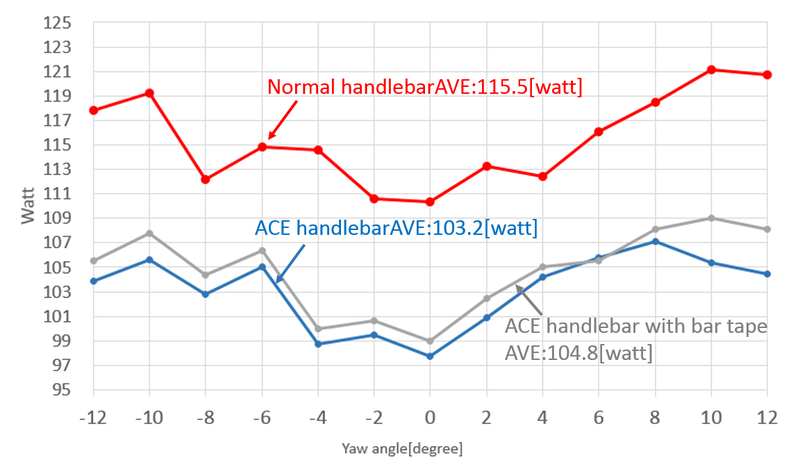 Wind speed was 48 [km / h], and the angle of the bike was set to ± 12 ° every 2 ° to measure the air resistance of the bike. On average, the resistance was reduced by 12.4 [watt], and good results were obtained even with the bar tape attached. The effect of the aero wheel is about 15 [watt], so you can get an effect similar to an aero wheel. This makes it possible to experience the aero effect not only at high speeds but also at low speeds. If you hold your hand behind the steering wheel while driving, you can clearly see that the air turbulence is about 1/4. A top-of-the-line component with improved watt cost effectiveness. * Wind tunnel test is performed under more adverse conditions than DB surfer (compared to thin short drop handle).

Not only aero, but also design challenges. A streamlined, wing-shaped design that looks sharp and solid. The upper handle wing cross section upper surface is flat and the rear end is slightly cut while the lower handle adopts an irregular cam tail shape. For a sharp design while enhancing the aero effect. ※ Design registration applied

The lower handle is non-slip and has a bar tapeless design. Since bar tape is not required, the weight can be reduced by about 30 to 50 g compared to the conventional model, and the total weight is equivalent to an ultra-light handle. In addition, the aero effect has been enhanced by adopting a bar tapeless design. It is also designed to be beautiful when bar tapeless. 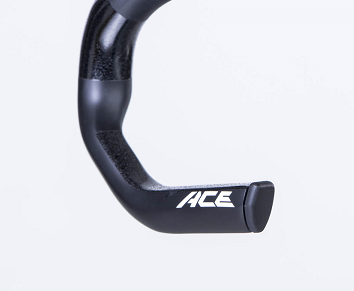 Traditional bar ends are no longer a symbol of boredom. Therefore, the bar end was cut independently to enhance the design. Comes with original bar end. If lost, you can purchase it separately.

The handle rigidity has been doubled by increasing the wing cross section and wing width of the upper handle. You will not feel any deflection.

Although it is a modest improvement, it has been expanded so that it can be easily passed through the cable hole.

From long rides and long distance races to hill climbs

Since the lower handle is specialized for aero, it is not necessarily a handlebar suitable for everyone. Handlebar for those who do not use the lower handle much. There are many such situations, for example, wouldn't you have never gripped the lower handle during a long ride? So first, it's for long rides or triathlons. Next, races with big titles such as Tourudo Okinawa are long distances and wear-out battles like endurance slides due to ups and downs in flat running in group running, so they are also great weapons there. Or, even in hill climbs, there are many cases where players can be narrowed down on long climbs and the lower handle is not grasped unexpectedly.Although it is a handlebar that is not suitable for criterium racing, it is a handlebar that enhances the cruising power by narrowing down the application and the racing strategy and develops the race advantageously. (A semi-aero type with the lower handle in the same shape as the conventional model for all rounds will be released in the future.)

This time, we started with a project to create a next-generation aero handle that is not available in the world. Initially, I was thinking of a plan to attach a stem integrated handle and a cowl in front of the stem, but I came to the conclusion that the stem integrated type is not the best plan at this time because it is difficult to position and the price is expensive. This time, I decided not to. It is difficult to break away from the design of the conventional aero handle as it continues to be studied afterwards. I decided to go with a streamlined but sharp-looking design that went one step further. At the same time, as long as it is a next-generation steering wheel, I want to greatly enhance the aero effect. So I decided to make a sharp aero including the lower handle. At this stage, the idea of ​​reducing the weight with bar tapeless, the concept of the bar end with its own cut, and the aero section were almost decided. The following figure is an initial plan at the beginning of development. 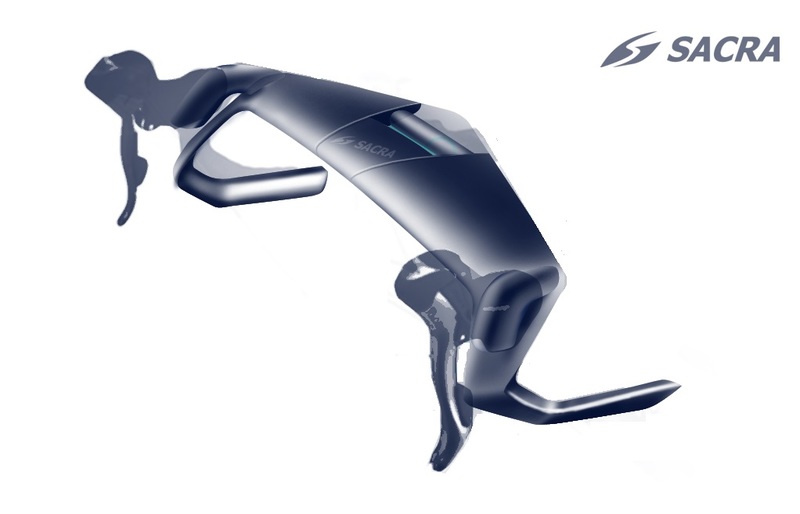 I was able to make a sharp design while being streamlined. The aspect ratio of the wing section had to be adjusted in order to make the upper handle part conform to the UCI regulations, but we decided to develop based on this plan. This figure is the mold plan that was initially considered. At that time, I was really working on this idea. 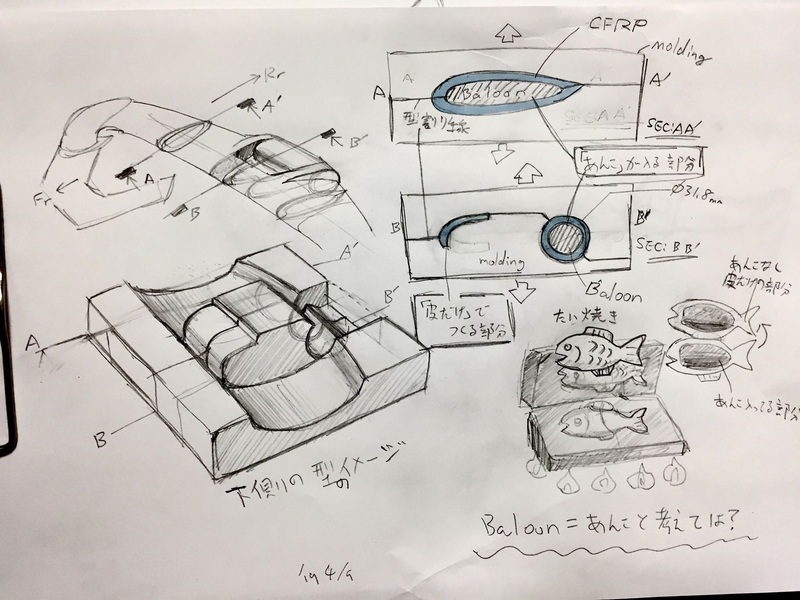 After that, I created a full-scale model while training with a designer to create an actual 3D model based on the design drawing. The lower handle is good, but the upper handle is somewhat less novel even if it is equipped with a cowl in order to comply with the UCI regulations, and it will not get messy when combined with the new lower handle, or it will be difficult to match the design with the existing frame I was wondering if I couldn't do it this time. I am still wondering if this decision was correct, so I may try again later. As a result of trial and error, the upper handle decided to follow the conventional aero handle. Of course, the design has evolved into the above-mentioned design by not only following but also increasing the wing width and wing thickness to increase rigidity, expanding the cable hole, and obliquely cutting the wing tip while keeping the upper wing flat. Finally, the proof of SACRA's top model, the ACE logo, was placed in a large area, and it was convincing. I want to make a product of this quality every time.